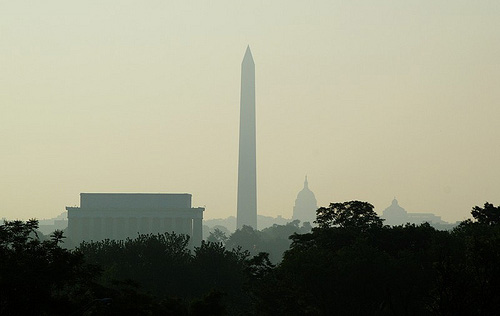 Pentagon Reviewing Change to Security Checkpoints Near Metro Station — At the behest of local transportation officials, Pentagon brass will be reviewing proposed changes to the security checkpoints near the Pentagon Metro Station. The changes, which follow the March shooting that left two security guards wounded and the suspect dead, would move the checkpoints closer to the station. Local officials worry the move could create long security lines that would disrupt the flow of commuters in and out of the station.

Arlington Spy Suspects Transferred to New York — Say goodbye to the (accused) Russian spies who loved Arlington. A judge has ordered that Michael Zottoli, Patricia Mills and Mikhail Semenko be transferred to New York. Attorneys for the three tried to keep them in Virginia, but a federal court judge ordered the transfer yesterday. There’s word that the ten accused spies may be swapped with Russia for an imprisoned nuclear scientist convicted of spying for the United States.