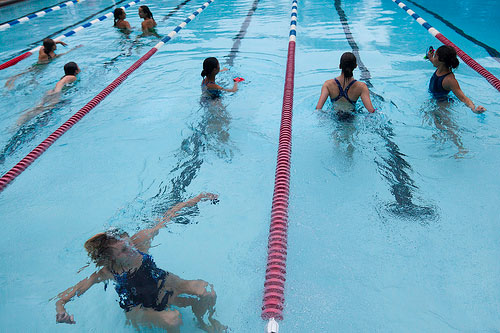 Dangerous Curve Near Roosevelt Island? — Bicyclists on the Bike Arlington forum say that a sharp curve on the Mt. Vernon Trail near Roosevelt Island has been the site of numerous wipe-outs, at least one of which resulted in broken bones. The main problem with “Deadman’s Curve” seems to be that the painted wooden surface gets extremely slippery after it rains or even when it’s humid. Posters are calling on the National Park Service to make the surface more abrasive to prevent further accidents.

Arlington Caterer Ditches Plastic Bottles — Shirlington-based Main Event Caterers has done away with bottled water — at least the kind that’s plastic and disposable — in favor of a reusable glass bottle system. The company, which is already 100 percent wind-powered and carbon-neutral, says the move will significantly cut down on waste. “We believe that businesses have a responsibility to not only protect but also improve our natural environment,” a company rep said in a press release.

Smart Growth Advocate Criticizes Northrop Grumman Move — Northrop Grumman’s decision to move its headquarters to the Falls Church section of Fairfax County instead of a Metro-accessible site in Arlington has attracted some criticism. Stuart Schwartz, executive director of the Coalition for Smarter Growth, told the Falls Church News-Press that the decision “is disappointing” due to the new headquarters’ distance from Metrorail. An off-the-record source tells ARLnow.com that proximity to transit wasn’t much of a concern to the 300 or so executives who will be the primary tenants of the office. What was more important? Proximity to certain country clubs.