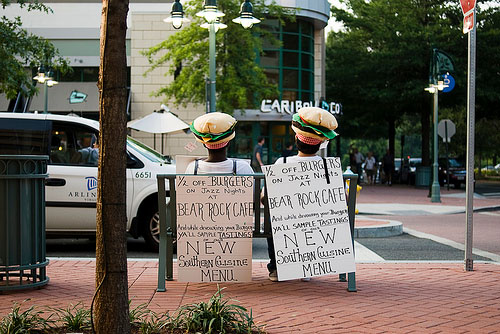 Lost Chaplin Film Re-Debuts at Slapsticon — The Slapsticon film festival, held in Rosslyn over the weekend, debuted a silent film with a short cameo by a then-obscure comedian: Charlie Chaplin. The 1914 film was thought to have been lost to history, but was recently discovered at an antiques sale in Michigan. ABC News reported on the film’s re-debut on Sunday.

Run for the Gulf 5K a Success — A 5K race was held at Bluemont Park Friday night to raise money for the Gulf of Mexico oil spill restoration effort. County Board Vice Chairman Chris Zimmerman and congressman Jim Moran (D-Va.) were among those in attendance. See a photo from the event here.