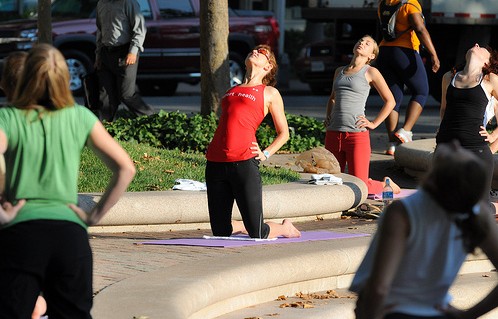 Crystal City Fit Fair Kicks Off — Crystal City is holding a “fit fair” today from 10:30 a.m. to 2:30 p.m. The event is part health fair, part blood drive. Inova’s bloodmobile will be on hand to let donors give blood in air conditioned comfort. For the general public, Inova will be providing blood pressure screening, Dermaview facial skin screening, Body Mass Index Assessment, tobacco cessation consultation and other services. There will also be gait analysis for runners, sports movement analysis, chair massages, and a fitness class demonstration. The event is taking place on Crystal Drive between 18th Street and 20th Street.

Arlington Lawyer Faces More Fraud Charges — An Arlington lawyer accused of practicing law without a license will face three additional charges of fraud. Howard Deiner, who specialized in bringing cases against school districts on behalf of families with special needs children, was already facing two charges when the grand jury tacked on three more on Monday. A trial date is expected to be set today. More from the Washington Post.

Prosecutors Still Reviewing DNA Evidence Against Arlington Suspect — Prosecutors in Illinois are still reviewing DNA evidence that allegedly links Arlington rape suspect Jorge Torrez to an infamous double homicide outside Chicago. For the time being, Jerry Hobbs, the man who was originally accused of the crime, will remain in prison facing trial. Since the DNA match, investigators have been interviewing new witnesses in the case. More from the Chicago Tribune.