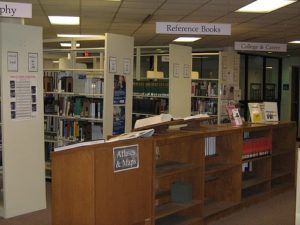 The last time the county proposed closing the Columbia Pike Branch Library at 816 South Walter Reed Drive, there was a near-rebellion. Now the library is, in fact, closing — but only temporarily.

Since the library will be staying in its current space, library officials decided to go forward with a long-anticipated plan to replace the branch carpeting.

As the Library Blog reports, the library will be closed from August 16 to August 21.

New carpeting will be installed throughout the branch, and a new centralized service desk will be installed. The library will delay the due dates of books checked out between now and the closure.

END_OF_DOCUMENT_TOKEN_TO_BE_REPLACED

More Stories
County Cracking Down On Leashless Dogs in Ft. Myer ParkArlington Gets a New Reporter