In a small south Arlington neighborhood wedged between I-395, Glebe Road and Four Mile Run, all hell broke loose when the storms passed through this afternoon.

“It was a tornado, definitely,” said resident Paschal Nash, as she inspected the tree branches scattered throughout her yard. “It started with just light rains, then rains increased but then the winds… you just started hearing [stuff] crashing, like breaking… I watched the tree actually split half because of the lightning.”

Down the street, near the corner of South Four Mile Run Drive and South Cleveland Street, a large oak tree fell and came crashing through the house of one of Nash’s neighbors. The house will likely be condemned, said a county employee on the scene.

“You heard [the wind] pick up, like you can actually here it drag something… I had never heard that before… it was definitely a mini tornado, no way in hell it was anything else,” Nash said.

Down the street, there was another large tree uprooted. It crushed a fence as it came crashing down across two front yards.

A man across the street said his mother lived in the house, but wasn’t at home at the time. He said he couldn’t see much because of the downpour, but afterwards he saw the extent of the damage.

“Everything just came down,” he said.

So far, the National Weather Service has not indicated that the storm that ripped through Arlington displayed the characteristics of a tornado. 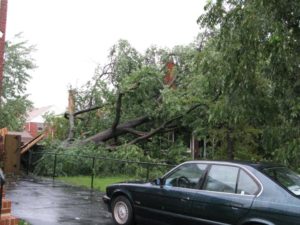 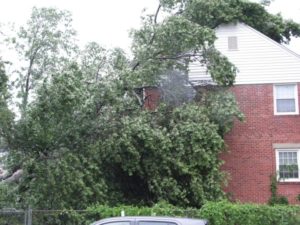 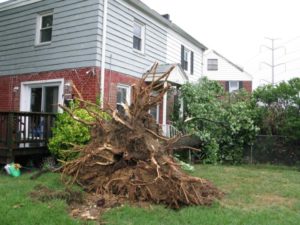 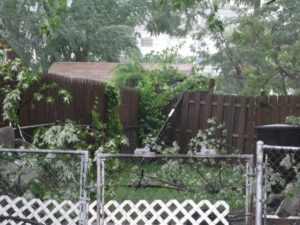