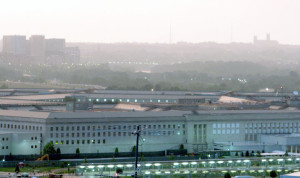 Northern Virginia stands to lose $6 to $7 billion dollars through 2012 as a result of cuts in defense contracting announced yesterday, says George Mason University’s Stephen Fuller. But Arlington’s economic authority expects the impact on the county to be minimal.

“I do believe that we are positioned well for the future,” says Arlington Economic Development Director Terry Holzheimer.

Holzheimer admits that predicting the exact impact on Arlington economically is “complex,” and will not be known with a reasonable level of certainty until the Department of Defense comes out with its next budget. But, he says, the diversifying Arlington economy should be able to weather cuts in contracting as it has weathered BRAC.

“Our economy is in somewhat of a transition anyhow,” with more corporate, non-government and non-profit tenants moving in, Holzeimer said. He added that many of the contracting offices in Arlington perform lobbying and administrative functions — which are not likely to be heavily cut.

In terms of federal facilities, Holzheimer says that Arlington is especially well-positioned.

“It has zero impact on the Pentagon itself, and I don’t think it will have any impact on Ft. Myer,” Holzheimer said. He said that the other two big DoD facilities in Arlington — the Defense Advanced Research Projects Agency and the Office of Naval Research — probably will not feel much of an impact. In fact, he says, DARPA’s mission may be expanded.

Holzheimer said that Arlington also stands to benefit from a federal directive to put federal facilities in areas that are economically and environmentally-sustainable. Arlington’s transit infrastructure, pedestrian-friendliness and energy management make it an idea location.

“We are probably way ahead of everybody,” in terms of taking advantage of the directive, he said. “We’re fairly confident of our position.”