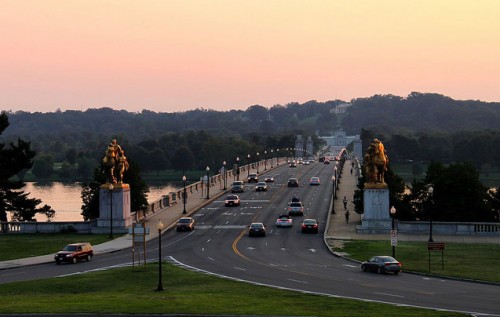 It’s September — Start mourning the end of summer now — and get to the pool while you still can.

Man Goes Bananas in the Vegetable Aisle — Police are trying to find a man who walked into the Virginia Square Giant, spit on the vegetable display, sprayed hand lotion on a candy display, and assaulted a cashier. He’s described as a six-foot tall, 30-year-old white male with a ponytail. More from TBD.

A “Tree Tragedy” in Ballston — This is an older item that was just brought to our attention. Last month workers at Ballston Common Mall went overboard while pruning trees along the sidewalk, resulting in an incident our tipster referred to as the “Ballston Tree Massacre.” A member of a local group called the Tree Stewards apparently tried to intervene, but was ignored by the crew. The end result of the overzealous pruning: ugliness and death.