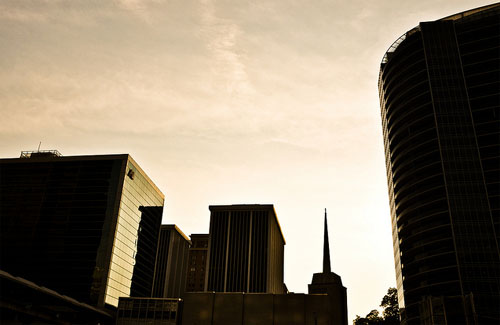 ACDC Kicks Off Campaign Season — Last night, the Arlington County Democratic Committee officially launched its campaign to maintain electoral dominance in the county. But looking forward to November contests that include a challenge to incumbent county board member Chris Zimmerman, Democrats aren’t counting their chickens quite yet. “We are not going to take anything for granted [this] fall,” ACDC chair Mike Lieberman tells ARLnow.com. The Democrats’ campaign season will kick into high gear on Monday at the party’s annual Labor Day Chili Cookoff.

Dems, GOPers Swipe Each Other’s Swag — Stop us if this starts sounding like symbolism. In an effort to appease their respective constituencies, the local political parties decided to start stealing from one another. The petty political thievery took place at the recent Arlington County Fair. The Sun Gazette has the details.

Another Week of Chess — Shirlington’s Signature Theater has extended the rock musical Chess for an additional week. The show will now run through October 3. Tickets for the bonus week will go on sale Tuesday, according to Playbill.

The Pit of Hell Burger — Workers have dug up part of the parking lot in front of Ray’s Hell Burger in Rosslyn, but don’t worry, President Obama — your favorite diplomatic lunch spot is still open during the construction. Other affected businesses include Guallijo, Greenberry’s Coffee, and a Virginia ABC store. More from TBD.

Read more →
More Stories
Crime Report: Mom Would Not Approve EditionIn Case You Were Wondering: The Hockey RV in Courthouse