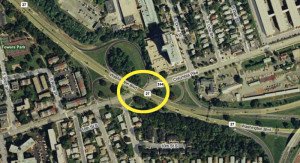 There’s some good news and some not-so-good news to report for people who regularly travel over or under the Washington Boulevard bridge.

The good news is that both thoroughfares will remain open during construction of the new Washington Boulevard bridge, a three-year process that’s expected to begin next fall. Plus, all original travel lanes on each will be open during rush hour and during certain special events and federal holidays.

The bad news is that during the day, during construction, the re-routing of Columbia Pike traffic around the bridge may get a bit funky and cause some delays. The contractor selected to undertake the project will ultimately be able to design their own traffic management scheme, but the plan initially envisioned by VDOT involves directing Columbia Pike traffic up the existing ramps to a makeshift stop light on Washington Boulevard, turning Washington Boulevard and Columbia Pike into a four-way intersection.

“[The contractor] will need to demonstrate to [VDOT] that they will be able to adequately maintain the traffic demand,” said VDOT senior engineer Christiana Briganti-Dunn.

Residents who live in the area can breathe easier, however, since VDOT says it will not consider any plan that routes traffic onto neighborhood streets. Also, the intersection of Queen Street and Columbia Pike will remain open during construction, we’re told.

The project, which will cost an estimated $59 million, will ultimately result in the demolition of the crumbling, 65-year-old Washington Boulevard bridge, likely in late 2014 or in 2015.

Briganti-Dunn notes that despite the bridge’s crumbling concrete, it remains structurally sound.

“It looks bad, it’s decaying… but it’s not a bridge that’s going to collapse like the Minneapolis bridge,” she said. “It’s 9 feet solid concrete.”

The reason the existing bridge is being replaced, Briganti-Dunn said, is because “it does not meet the future vision of Columbia Pike.” For instance, it’s not tall enough for the Columbia Pike streetcar, and it’s not wide enough to accommodate things like turn lanes and shared use paths. 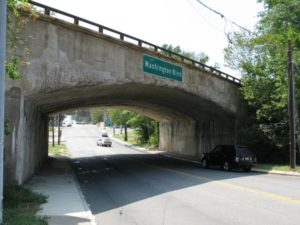 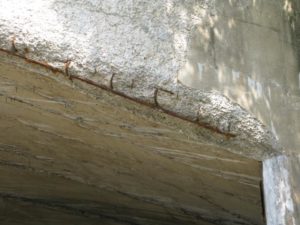