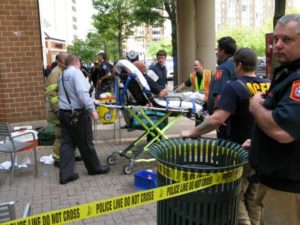 The woman swiped merchandise from the Payless shoe store on the second level of the mall, according to police spokesperson Det. Crystal Nosal. As she was running to the escalator, she sprayed pepper spray at a manager who was chasing after her.

The substance caused numerous people in the mall to develop symptoms that included difficulty breathing and burning eyes.

Firefighters set up a triage area outside the mall. A dozen people were treated and five people were brought to the hospital, including the store manager, Nosal said. They’re expected to be fine.

Witnesses described a foul odor in the mall shortly after the incident.

“There was a smell, a funny smell, and people were coming through [the hall] coughing and gagging,” said Danielle Davis, who works in the mall building. “Once I saw that… I turned around.”

The woman got away and is still at large. Police will be reviewing surveillance footage in an attempt to identify her.

A fire department spokesperson initially said the mall was evacuated during the incident. Nosal said everyone who left the mall did so on their own volition. 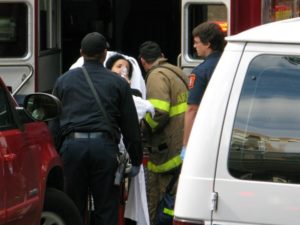 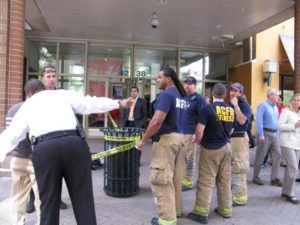