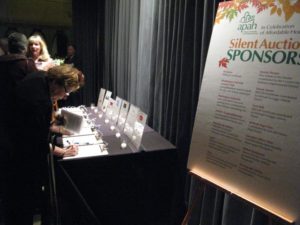 At a fundraiser last night at Clarendon Ballroom, the Arlington Partnership for Affordable Housing touted its major accomplishments from the past year. Among them: the completion of the Columbia Grove apartments, the purchase and planned renovation of the Buchanan Gardens apartments, and the just-announced deal to build 122 units of affordable housing behind the planned Arlington Mill Community Center.

What did those accomplishments have in common? They’re all along the Columbia Pike corridor.

APAH’s focus on the Pike reflects the county’s focus on preserving affordable housing and diversity along the Pike. With the area’s revitalization well-underway, the Pike’s 3,000 aging but affordable market rate apartments will inevitably be renovated, demolished or will simply get more expensive, forcing many lower-income families out.

“Affordable housing is one of our most important policy goals and one of the most difficult policy challenges,” said County Board Vice Chairman Chris Zimmerman. He called the Arlington Mill apartment deal “a good additional step” to achieving the county’s goal of increasing the Pike’s current stock of about 1,000 dedicated affordable housing units nearly five-fold in a span of 30 years.

One problem with that goal is the potential cost. The county simply doesn’t have the money to buy or build that many apartments. That, says APAH President Nina Janopaul, is why creative dealmaking is key to the Pike’s affordable housing future. 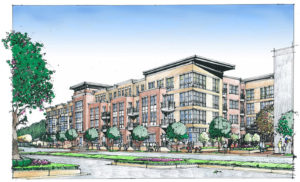 “The economics of this deal are great,” she said. “I think they have pioneered a new model of using existing vacant public land to turn it into affordable housing… by giving away that land initially, we have an opportunity to access other funding sources.”

But public land along the Pike is limited. Those 122 units at Arlington Mill will take up all the remaining county land on the site. Future affordable housing gains will likely be achieved in large part through density transfers — letting developers build taller buildings in exchange for footing the bill for a set number of affordable housing units.

If all works out, the county’s subsidy for the Arlington Mill apartments — aside from the land — could be zero. In fact, APAH’s proposal calls for making lease payments to the county. The $30 million in development costs are expected to be financed largely with low-income housing tax credits from the state.

Construction on the apartments is expected to begin in 2012 and wrap up by the end of 2013.