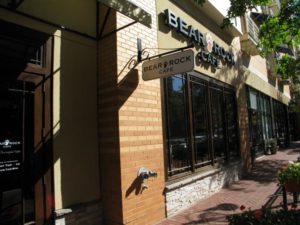 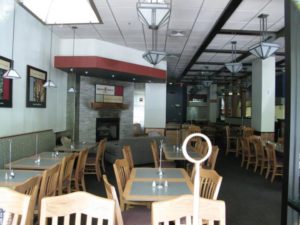 Last month we reported that the Bear Rock Cafe in Westlee had closed as the first step in a change in ownership. Now the Shirlington location has closed as well, and we’re told both will be shuttered for good.

The phone number for the Westlee location has been disconnected. The phone at the Shirlington location was answered by an employee who said both locations were closed permanently. When we asked to speak with the owner, the person on the other line hung up the phone.

It’s not immediately clear why the owners decided to close up shop. However, in recent months Yelp reviewers reported that the Shirlington location was regularly running out of menu items, a likely sign of economic distress.

“I liked the place,” said Alana Foster, who was dining outside at Busboys and Poets after discovering that Bear Rock’s doors were locked. She said she appreciated the cafe’s free Wi-Fi, the relatively low prices (compared to Busboys) and the electrical outlets for laptops under every booth.