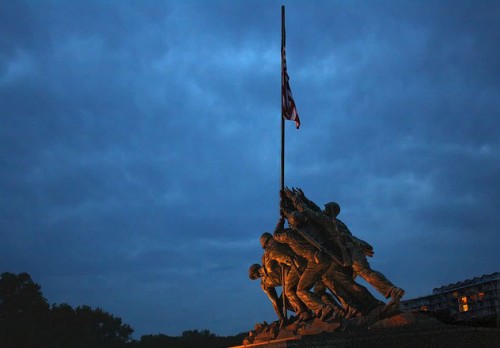 Westover Market Appeals Zoning Decision — In spite of efforts by the county’s zoning enforcement office to limit its occupancy and its entertainment options, Westover Market’s Beer Garden is still a place where neighbors can gather to watch football and baseball games on a crisp fall day. The market has bought itself some time by appealing the zoning decision. In the meantime, the market’s mom and pop owners are trying to round up the $25,000-50,000 that will be needed to install new, code-compliant bathrooms. More from TBD.

Conservative Writer Says Murray Has a Chance — Conservative writer Jim Geraghty is impressed that incumbent congressman Jim Moran is “only” up 13 percent against challenger Patrick Murray. Blogging for the National Review Online, Geraghty said that in light of the numbers from the internal Murray poll, he’s picking the retired Army colonel as his “special crazy insane upset pick” in the upcoming mid-term elections. More from NRO.

District Taco Has a Secret Admirer — The Arlington-based food cart District Taco was the subject of an ad in Craigslist’s missed connections section. DT’s secret admirer, it seems, is a movie star who’s in town working on a big Hollywood film. More from DCist.