Police are reporting a motor vehicle accident at the intersection of Fairfax Drive and Glebe Road in Ballston. At least one person — an occupant of one of the cars — was reported to be in need of medical assistance. The emergency response may be causing some traffic issues.

No pedestrians were hurt in this morning’s crash.

Update at 1:30 p.m. — Yet another accident happened on Fairfax Drive near the intersection with Glebe Road just before 1:00 this afternoon. At least two cars were hauled away from the scene on flatbed tow trucks. One injury was reported but not confirmed. 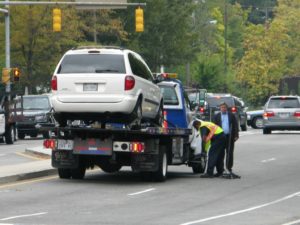 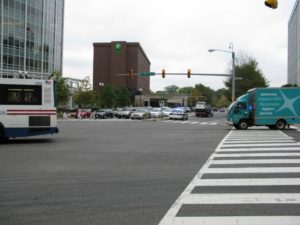