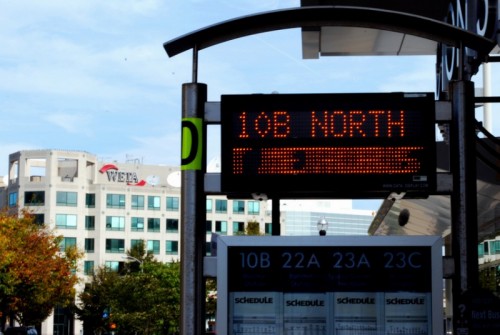 Board Considering Restoration of Library Hours — The county board will consider restoring library hours in next year’s budget, members said at Saturday’s monthly meeting. However, the board also said there was not enough money in the current budget to restore hours this year. Library hours were reduced as a result of cuts in the 2010-2011 budget. More from the Sun Gazette.

New Power Transmission Line Proposed — Dominion wants to run a new underground power transmission line from the Clarendon area to the Pentagon City area. The project, set to begin early next year and wrap up by the middle of 2012, would also result in the construction of a new power substation in Radnor Heights. More from the Ode Street Tribune.

Fourth Grade Textbook Questioned — Fourth graders in Arlington Public Schools will continue to use “Our Virginia,” a history textbook that contains at least two dubious historical claims. One such claim is that thousands of black soldiers fought for the Confederacy in the Civil War. The passage has prompted authorities in Loudoun County to suspend use of “Our Virginia,” but APS officials told the Washington Post that the school system will continue to use the book.