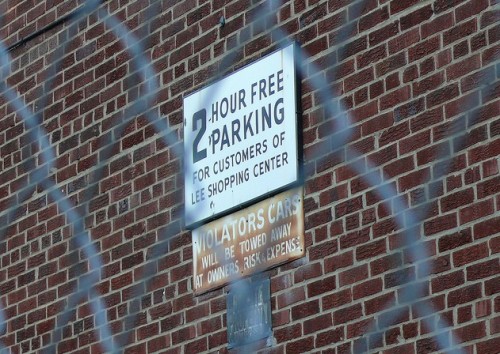 Northrop Could Be Leaving Arlington — The name “Northrop Grumman” may not grace the Rosslyn skyline for much longer. Capital Business reports that landlord Monday Properties has begun to market the primo office space currently occupied by Northrop, after receiving a tip that the company would be consolidating the office into its new Falls Church corporate campus by next summer. More from the Washington Post.

Metro Hero Interviewed on CNN, CBS Early Show — We have to apologize to Virginia Square Metro Hero Dimas Pinzon. He has apparently been hounded by reporters since we posted surveillance video of him walking over two electrified rails to come to the aid of an injured man who had fallen on the track. Pinzon was just interviewed by his hometown newspaper, the Virginian-Pilot, and in the past couple of days he has appeared on the CBS and CNN morning shows. Oh, and an appearance on the Ellen DeGeneres Show is possibly in the works. More from HamptonRoads.com.

Murray Brings the Bus Back — Republican congressional candidate Patrick Murray has brought back the bus from his successful primary campaign. This morning Murray and the bus traveled to Ballston Metro, where he and his supporters shook hands and talked to voters. The campaign has already posted photos on Facebook.