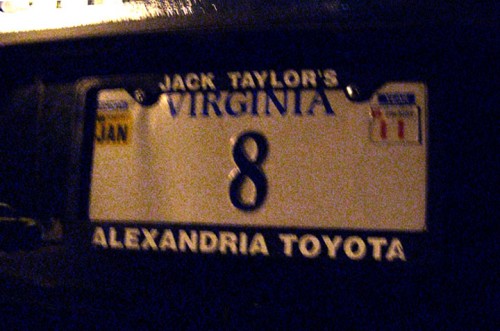 Arlington Republicans Look to 2011 — Mark Kelly, who just lost his bid to unseat Chris Zimmerman on the county board, says that 2011 represents the Republican Party’s best chance of getting a toe hold in Arlington politics. Voter turnout should be very low, since there will be no federal races on the ballot. Two county board, a school board and a number of state legislative seats will be up for grabs. More from the Sun Gazette.

Rousselot Launches Bid for State Party Chair — Peter Rousselot, who served as chairman of the Arlington County Democratic Committee from 2006 to 2010, is seeking to the chairmanship of the Democratic Party of Virginia. Rousselot says the DPVA should focus on “maximizing the ability of Democratic candidates to win statewide races in Virginia.” One expected rival for the position is Brian Moran, former gubernatorial candidate and brother of Rep. Jim Moran. (That is, if Moran is legally qualified to be state party chair.)

Glebe Road’s Lost Interchange — Greater Greater Washington uncovers evidence that an oddly-curved section of Glebe Road near Chain Bridge was originally intended to be a interchange with the George Washington Parkway and a never-built bridge across the Potomac.