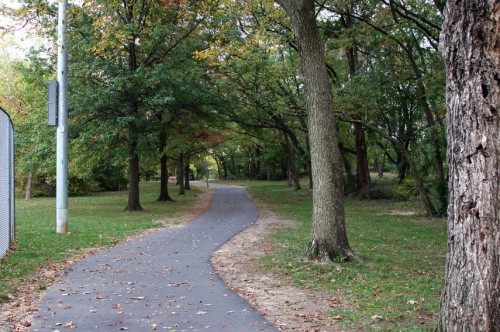 Giant Wall Projections in Rosslyn — From 6:00 to 11:00 p.m., every night through this coming Saturday, large images will be projected onto the side of an office building in Rosslyn.  The photo and video projections are part of FotoWeek DC. More from the Ode Street Tribune.

Shirlington’s New Irish Bar Asks for Sign Change — Shirlington Village Blog has an image of the bright orange flyers posted around Shirlington, advertising a proposed site plan change for the future Samuel Beckett’s Gastro Irish Pub. The change would allow Beckett’s to have more signs identifying itself to the outside world. The issue will be heard by the county board this weekend; county staff is recommending that the requested change be granted.