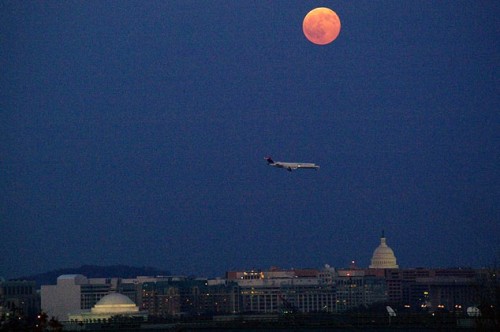 Airport Body Scanner Company Is Based in Crystal City — One of the companies behind the controversial “naked” body scan machines in U.S. airports is located right here in Arlington. Recently, writer Annie Lowrey visited the company’s Crystal City offices to see how they were handling the controversy. More from Slate.

AT&T Rolls Out Pentagon City Store — AT&T’s new wireless store in the Pentagon City mall opened its doors yesterday, just in time for the holiday shopping rush. The store features “a state-of-the-art, hands-on design to engage customers and provide a ‘try before buy’ service experience,” according to a press release.

Verizon Activates New Cell Site — “In a continuing effort to provide the best wireless service for local residents in the Arlington County, Va., Verizon Wireless has expanded its network with a new cell site,” a company press release says. “The new cell site provides increased wireless voice and 3G data coverage in the neighborhood near 22nd Street North.” Verizon did not elaborate on the site’s exact location.

Crystal City ArtJamz Reviewed — The ladies from the DC on Heels blog created their own personal masterpieces at ArtJamz in Crystal City last week. What exactly is ArtJamz, you ask? The explanation, with plenty of photos, from DC on Heels. (Disclosure: ArtJamz is an ARLnow.com advertiser.)