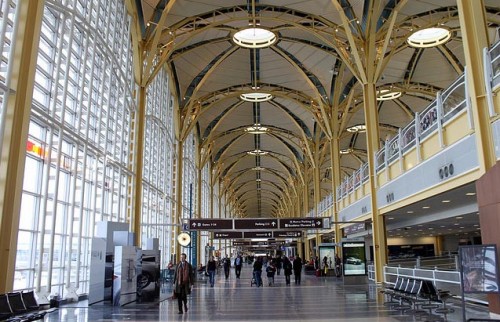 Passenger Protests, Midwest Weather Could Cause Airport Delays — Flying out of Dulles or Reagan National Airport today could be a challenge. On the busiest travel day of the Thanksgiving holiday, thousands of passengers are planning a nationwide, grassroots revolt against the TSA’s use of full-body scanners. Instead of going through the machines, they will protest by insisting on a time-consuming pat-down. That, combined with a storm system in the upper Midwest could cause delays. So far, however, flights at DCA and IAD are on time. More from the Washington Post.

Wilson’s on Whitlow’s is “Coming Soon” — TBD has photos of Wilson’s on Whitlow’s, the new Tiki bar above Whitlow’s on Wilson. Owner Greg Cahill says the bar’s opening is “coming soon,” pending county permits. Place your bets in the comments section on what will come first: the area’s first snowfall or the opening of Whitlow’s rooftop bar. More from TBD.