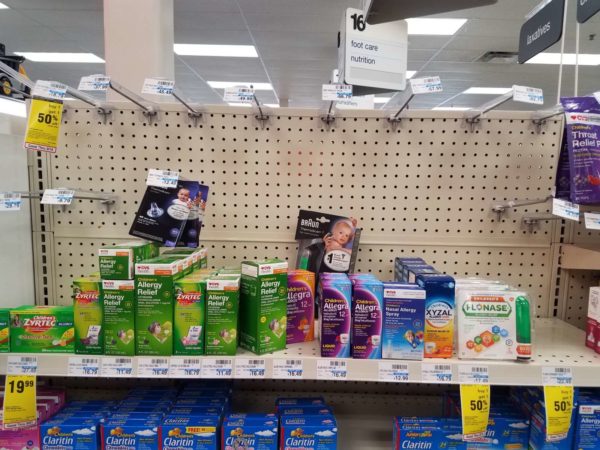 This Week’s Crystal City Garage Races Postponed — “Attention garage racers and friends: Tomorrow’s Crystal City races are postponed. We are operating with an abundance of caution after an employee of a tenant in the 201 12th St. S. complex was quarantined because of COVID-19. The complex common areas were cleaned and disinfected, today, but we are holding off before racing again.” [Facebook]

Winter is Over, Unofficially — “Winter was barely perceptible in Washington this year, and now, we can put a fork in it. We see no more potential for enduring cold or substantial snowfall. Spring is here.” [Capital Weather Gang]

Whitlow’s Rooftop Opens — “Rooftop opens for the season tonight at 5 p.m.! How’s that for a Monday?” [Twitter]

Update at 4:30 p.m. — Reese Gardner, the owner of Dudley’s Sport & Ale and Copperwood Tavern, reached out to ARL now after deadline. The sports bar has a revised projected opening time frame of between May and June 1 this year.

“We’re putting in a steel rooftop with 300 some people on top of a structure never designed to have a rooftop,” said Gardner. “There’s a whole lot of things that go into it.”

An updated construction schedule will be posted soon on the Facebook page, and Gardner says that he believes that they have completed all of the special inspections that were holding them back from opening.

“We’re back in there working, and we think that that is the last hoop that we have to jump through,” said Gardner.

Earlier: Shirlington is still waiting for its sports bar.

Dudley’s Sport & Ale, a sports bar planned for Shirlington, originally had an opening date for set for early 2016. Fast forward to February 2018 and, following numerous delays, the bar — which bills itself as “Est. 2015” — is still under construction.

Replacing the former The Bungalow Sports Grill at 2766 S. Arlington Mills Drive, which closed in June 2015, Dudley’s is bringing a 3,000 square foot rooftop space to Shirlington, the neighborhood’s first such rooftop bar.

According to Dudley’s Facebook page, the owners received a permit to continue construction on the rooftop deck last year. Another post stated that the bar had passed two of six necessary county special inspections.

Calls and emails to Dudley’s and its sister restaurants were not returned.

The long-awaited Dudley’s Sport & Ale in Shirlington appears to be moving closer to opening after months of delays.

In a Facebook post earlier this week, owner Reese Gardner said the inside of the sports bar at 2766 S. Arlington Mill Drive is “85 [percent] completed and we are just waiting for the final finishes.”

Gardner said those finishes cannot be done until after the steel arrives and welding is finished. The steel is scheduled to be delivered on October 14, he said. After that, an opening date could become clearer.

“We understand the frustration and trust us we want to be open as much as you want us open,” Gardner wrote. In the comments on the post, would-be customers wondered whether Dudley’s would open before the end of football season.

The sports bar had planned to open last year, but struggled with permitting issues and other delays.

A 28-seat bar, a 125-seat dining area, and a “stadium style” viewing area are planned, as well as a rooftop bar — Shirlington’s first — with a game area, a 15-seat bar, and patio seating for about 114 people.

Dudley's update: We wanted to give everyone a brief update on where we are out with the build out. The interior is 85…

The long-delayed Dudley’s Sport & Ale in Shirlington is finally on the road to completion after its owner said the county approved the necessary permits.

Owner Reese Gardner said that with the approval, he will have more of an idea of an opening date for the sports bar at 2766 S. Arlington Mill Drive after a construction meeting next week.

The sports bar was dogged by permitting problems that delayed its construction and prevented its opening, which had been planned for last year.

Approval could mean that Gardner, who also owns Copperwood Tavern, Quinn’s on the Corner in Rosslyn and Irish Whiskey in the District, may have a chance of hitting his revised target of having Dudley’s open this summer.

A 28-seat bar, a 125-seat dining area, and a “stadium style” viewing area are planned, as well as a rooftop bar — Shirlington’s first — with a game area, a 15-seat bar, and patio seating for about 114 people.

The long-awaited and long-delayed Dudley’s Sport & Ale in Shirlington appears to still be far from ready to open.

Owner Reese Gardner had hoped the sports bar would be open in either June or July, but in a brief email he said the planned sports bar at 2766 S. Arlington Mill Drive is still plagued by the same permitting problems “as before, unfortunately.”

Gardner said the county has still not approved all of its necessary permits. A 28-seat bar, a 125-seat dining area, and a “stadium style” viewing area are planned, as well as a rooftop bar — Shirlington’s first — with a game area, a 15-seat bar, and patio seating for about 114 people.

The original plan was to open Dudley’s last March, but work associated with the planned rooftop deck greatly delayed that timeline.

A spokeswoman for the county’s department of community, planning, housing and development confirmed the project has been going through the administrative change process. The spokeswoman referred further questions to the county’s lead planner on the project, who did not respond to requests for more information.

Gardner, who also owns the nearby Copperwood Tavern, Quinn’s on the Corner in Rosslyn and Irish Whiskey in the District, said he would have further information on an opening date once permits are approved.

(Updated at 5:05 p.m.) Dudley’s Sport & Ale, a long-awaited sports bar coming to the former Bungalow space in Shirlington, might finally open its doors this June or July.

That’s the latest from owner Reese Gardner, who also owns Copperwood Tavern, Quinn’s on the Corner in Rosslyn and Irish Whiskey in the District.

Though the original plan was to open Dudley’s last March, work associated with the planned rooftop deck greatly delayed those plans. But the bar is still inching toward an opening date, Gardner said.

The long wait appears to have disheartened some eager would-be patrons. Several people have taken to Facebook to complain about the delay over the past few months.

“I have been checking for news on the opening since last spring,” wrote one person, who gave the yet-to-open restaurant a one-star review. “They should at least give updates.”

“This is the restaurant that will never open,” said another Facebook user.

When it finally opens, Dudley’s will offer a 28-seat bar, another 125 seats in the dining area, a private room and bar for events and a “stadium style” viewing area with drink-holder-equipped seat that face a giant screen. Hot dog, popcorn and beer vendors will roam the stadium seating area to dispense cheap eats and drinks, Gardner said.

Dudley’s will also have a rooftop bar with a game area, a 15-seat bar and patio seating for about 114 people.

“It’s a cross between a deep dish and a traditional pizza,” Gardner explained. “When you make it in these cast irons, the crust gets very flavorful.”

If the remaining construction work goes off without a hitch, Dudley’s could open on the Fourth of July, hopefully at the latest, according to Gardner.

Dudley’s Sport & Ale, a new sports bar coming to the former Bungalow space in Shirlington, is hoping for a June opening.

Initially it was hoped that the bar could open in March, but work associated with the planned rooftop deck has pushed that back, according to owner Reese Gardner, who also owns nearby Copperwood Tavern.

Dudley’s plans to make the most of its airy 12,000 square foot interior space. According to renderings shared with ARLnow.com, there will be a 28-seat bar, another 125 seats in the dining area, a private room and bar for events and — in a unique touch that should make sports fans jealous of their home theater setup — a “stadium style” viewing area, with more than a dozen comfortable, drink-holder-equipped seats, facing a giant screen made up of four 90-inch displays.

Dudley’s will have Shirlington’s first rooftop bar. The 3,000 square foot space will have a game area, a 15-seat bar and patio seating for 114, according to the renderings.

Additional details about Dudley’s are not expected to be released until closer to its opening.

Dudley’s Sport and Ale, a new sports bar that’s coming to the Village at Shirlington, is tentatively aiming to open in March.

Dudley’s owner Reese Gardner, who also owns Copperwood Tavern in Shirlington, told nearby residents via Facebook that Dudley’s will be “huge,” with Shirlington’s first rooftop bar.

“The space is huge and I’m doing a complete rework of the space and adding a rooftop,” Gardner said. “Trust me I live in walking distance also and I’m just as excited.
March will be the soonest.”

In addition to the rooftop bar, Dudley’s will feature more than 40 flat screen TVs and a private party area. So far there are no plans for live music at the bar, Gardner said.

On its website, Dudley’s says it’s starting the hiring process for all positions.

“We’re looking for smart, hard working and passionate people to join our team,” the site says. “Please send your resume if you are interested in any position from Chef to Server to Bartender to Prep Cook and beyond.”

Shirlington won’t have to go too long without a sport bar.

The Bungalow Sports Grill closed in June but a replacement is already in the works. The owners of Copperwood Tavern, another Shirlington restaurant, are planning a new sports bar called “Dudley’s Sport and Ale.”

Dudley’s will open in the 12,000 square foot Bungalow space at 2766 S. Arlington Mill Drive), but amazingly the owners also planning a big addition. The sports bar will have a 3,000 square foot rooftop bar — a first for Shirlington. 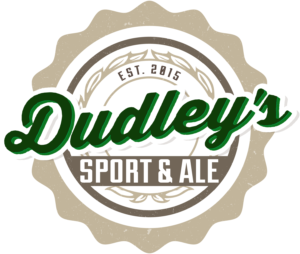 “I’ve called the Shirlington Village home for about 12 years,” co-owner Reese Gardner said in a Facebook post. “Shirlington not only needs a sports bar it also needs a rooftop bar.”

Dudley’s is hoping to open early next year, according to its Facebook page. 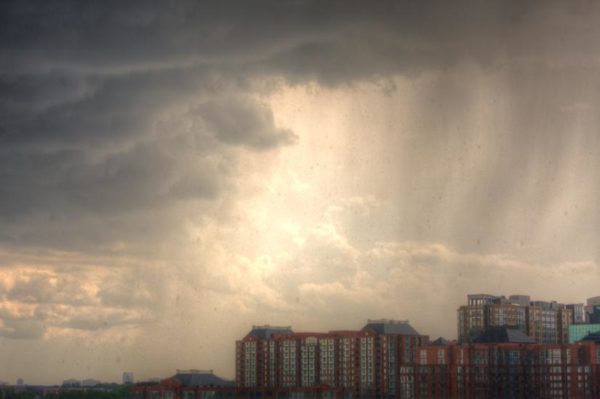 Sun Gazette Endorses Fallon, Lander — The Arlington Sun Gazette newspaper has endorsed Peter Fallon and James Lander for the Democratic County Board nomination. The paper said Fallon can be “prickly” but has the “strongest community background,” while Lander can sometimes “wing it” on important matters but has “specific and out-of-the-box proposals.” [InsideNova]

Hynes Endorses Lander, Schneider — County Board Chair Mary Hynes has endorsed James Lander and Andrew Schneider ahead of the June 9 Democratic County Board primary. Hynes said Lander, the current chair of the Arlington School Board, is “the best partner on the School Board I’ve ever had.” She said she’s been “impressed with [Schneider’s] diligence and openness to different perspectives, new ideas.” [InsideNova]

New Rooftop Deck for Rosslyn Buildings — Rosslyn’s Twin Towers office building complex is getting a new rooftop deck. Located at 1100 Wilson Blvd, the 5,000 square foot terrace will feature sweeping views of the D.C. skyline, for use by tenants of the 31-story buildings. Tenants of the complex include WJLA and Politico. The terrace is expected to be completed by next spring. [Virginia Business]

No Big Buses on the Pike, Yet — There’s a reason why there are no articulated buses running down the Columbia Pike corridor, at least not yet. For one, standard bus service is sufficient at this time. Another reason: there’s no local storage space for big articulated buses. [Greater Greater Washington]