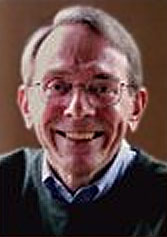 Rousselot says it was worth the trouble to advance his agenda for the state party.

“I set a reform agenda in my DPVA Chair campaign, and I gained many new supporters for reform both in Arlington and around Virginia,” he said.

At least one activist is now calling for Rousselot to pursue another intra-party fight. Ben Tribbett, who runs the Not Larry Sabatao blog, says he’s trying to convince Rousselot to challenge state Sen. Mary Margaret Whipple in next year’s primary.

Tribbett cites Whipple’s endorsement of Moran for chair and her willingness to serve as a “token” Democrat on Gov. Bob McDonnell’s government reform commission as reasons why she should be unseated by a fellow Democrat.

“Senator Whipple has represented Arlington for 16 years in the State Senate without ever having a serious election where voters had a serious choice of who was best to represent Arlington,” Tribbett said. “I think after her recent actions it’s time for the voters to have a chance to speak.”

So far, Rousselot is not dismissing the idea outright. 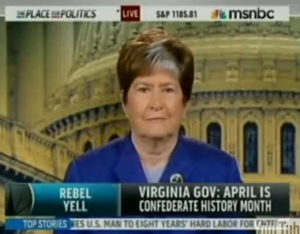 “It is very gratifying that such an astute and strategic observer of Virginia politics as Ben Tribbett has enough confidence in me to promote my candidacy for the Democratic nomination for the Virginia State Senate,” he said. “However, it is only two days since I completed my campaign for Chair of the DPVA, and I have only just begun to consider what my next steps might be.”

Tribbett isn’t the only local Democratic blogger who would support Rousselot in a primary. Lowell Feld of Blue Virginia said Rousselot has his backing as well.

“Peter Rousselot is a superb Arlington Democrat, a strong progressive, and a good friend,” Feld said. “If he chooses to run for State Senate, I will enthusiastically support his candidacy.”

We tried to get several local party leaders to comment on this story, but no one wanted to talk, even off the record. Perhaps the attitude of the local establishment was best demonstrated at the recent work session between the county board and Arlington’s state legislative delegation. During the meeting, Whipple was praised as one of the most effective Democrats in the state legislature.