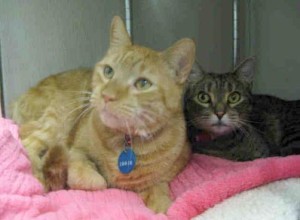 The Animal Welfare League of Arlington is experiencing a cat crisis.

With nearly 60 cats and kittens awaiting adoption, the shelter has reached capacity. Yet for every cat that’s adopted, two more come in, according to a staffer. And other shelters in the area are at or near capacity as well.

To help spur more adoptions, the AWLA is waiving the adoption fees for all cats at least three years old through the end of the year. See the cats currently up for adoption here.

“It would be great some of these lovely animals out an into forever homes before the holidays,” said AWLA Executive Director Neil Trent. “If anybody is thinking of offering a home for an animal, please think about it sooner rather than later.”

Trent noted that the shelter has experienced an influx of kittens much later in the year than usual. Traditionally, most kittens are produced in the spring, Trent said, but for some reason the peak period for kitten litters seems to have been extended into the fall and winter months.