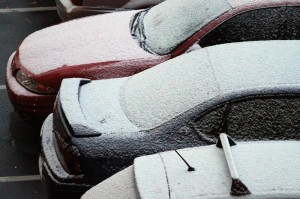 Arlington residents are waking up to the winter’s first dusting of snow in the county. They’re also waking up to potentially slick streets.

Temperatures have been hovering around freezing, raising the possibility that roads wet from yesterday’s rains could freeze. Last night VDOT began treating bridges, ramps and other freeze-prone stretches of road with salt, as a precaution.

So far, however, it would seem that ice is not a factor in the morning commute. No significant accidents have been reported as of 7:30 this morning and there are currently no major delays on local highways.