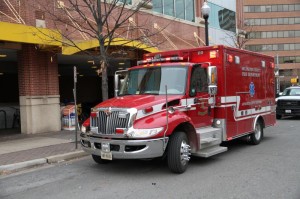 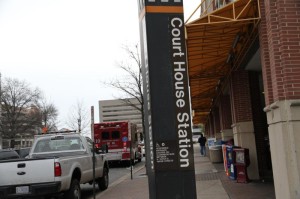 A man was taken into custody after a reported assault at the Courthouse Metro station around 12:30 this afternoon.

Arlington paramedics were called to evaluate the victim, who appeared to have only minor injuries. The suspect was in Metro Transit Police custody near the turnstiles when medics arrived on scene.

The incident comes on the heels of a widely-publicized, caught-on-camera assault at the L’Enfant Metro station Sunday night.