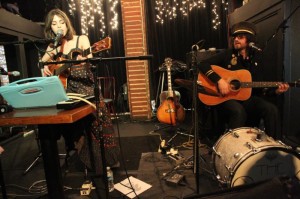 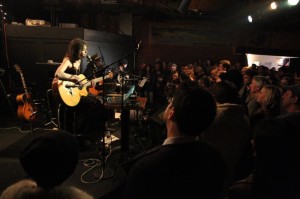 Despite the weather and the fact it was Tuesday, a decent-sized crowd jammed into Clarendon’s Iota Club last night to see Sean Lennon perform with girlfriend, Charlotte Kemp Muhl.

Together, Lennon and Kemp Muhl comprise The Ghost of a Saber Tooth Tiger. Under low lights, the band performed their dreamy, acoustic folk rock as snowflakes fell outside — a fitting backdrop.

The stage was as bare and humble as the music. Lennon and Kemp Muhl vocalized while playing a variety of instruments, with the occasional commentary in between. The melodies were hard to memorize and the tempo decidedly slow, but the duo’s passion for their craft was evident.

If the audience was as into the music as the musicians were, count it a successful outing.