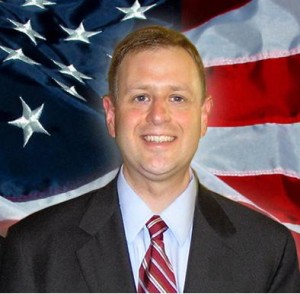 Del. Patrick Hope (D), who represents part of Arlington in the Virginia House of Delegates, has proposed a bill that would raise taxes on tobacco products to fill several gaps in the state’s Medicaid budget.

The bill would raise the tax on cigarettes from the current $0.015 per cigarette to the national average of $0.0725 per cigarette, or $1.45 per pack. Virginia currently has the lowest cigarette tax in the U.S.

The bill would also raise the tax on snuff and other tobacco products. Cigars would be taxed at 50 percent of the wholesale price, up from 10 percent.

Hope’s legislation would direct 52 percent of the additional tax revenue (estimated at about $250 million) to fund Medicare waivers for intellectual and developmental disabilities. Forty percent of the revenue (about $150 million) would go to Medicaid reimbursement for physicians and hospitals. And 8 percent (about $30 million) would be split among the state tobacco quitline and a youth tobacco prevention program.

“Virginia’s Medicaid budget is on an unsustainable course,” Hope said in a statement. “Cuts to Medicaid only result in higher costs down the road. The sick end up in the hospital and ERs for costly medical procedures and avoidable hospitalizations; and individuals with disabilities wind up in institutions rather than being served in their communities for a fraction of the cost. This proposal will take a significant step in preserving and protecting the Medicaid program for future generations and will fulfill a promise to Virginia’s families.”

Virginia has traditionally been one of the more tobacco-friendly states in the country, making consideration and passage of such a bill an uphill battle. Hope has received public words of encouragement, however, from a number of influential health-related organizations, like the Medical Society of Virginia, the American Cancer Society and the American Heart Association.

See the press release prepared by Hope’s office, after the jump.

RICHMOND – As the General Assembly begins its work for the 2011 legislative session, Del. Patrick Hope announced legislation that will raise the cigarette tax to $1.45 and dedicate the revenue to fill several gaps in Virginia’s Medicaid budget.

“Virginia’s Medicaid budget is on an unsustainable course,” Del. Hope said. “This bill will not only sustain the program but it will put it on a pathway to slow the growth and save taxpayers money.”

Virginia currently ranks in the bottom ten states (45th) for its spending per capita income towards services for people with developmental disabilities. More than 6,400 people with intellectual and related developmental disabilities are on waiting lists for the Intellectual Disability (ID) and Developmental Disability (IFDDS) Waivers, the funding mechanisms that provide community-based services. The Department of Behavioral Health and Developmental Services has reported that over 50% of the people on the ID Waiver waiting list, 2,946, meet the state’s “urgent need” criteria

Medicaid payment rates for physicians and other healthcare providers are scheduled to be cut by four percent on July 1, 2011. Revenue from HB 1815 would offset that cut.

“It is becoming increasingly difficult for physicians to maintain their practices and continue to care for the growing number of Medicaid enrollees when they are providing services at below cost. In a recent survey over half of the physicians who responded said that the additional cuts scheduled for July 1 will force them to make personnel changes or stop taking new Medicaid patients. It’s an unfortunate and personally difficult dilemma for many of us who chose this profession so that we could help those in need,” said Medical Society of Virginia President Cynthia C. Romero, M.D., FAAFP.

Members of the public health community applauded the proposal to raise the cigarette tax. “The evidence is clear that increasing the price of cigarettes is one of the most effective ways to reduce smoking, especially among children and pregnant women,” said Keenan Caldwell, director of government relations for the American Cancer Society. “Preliminary evidence confirms that every state that has significantly increased its cigarette tax in recent years has enjoyed substantial increases in revenue, even while reducing cigarette sales. Virginia has nothing to lose and everything to gain from raising its cigarette tax.”

The Annual health care expenditures in Virginia directly caused by smoking are $2.08 billion, with $401 million covered by the state Medicaid program.

According to the Campaign for Tobacco-Free Kids, a $1.15 increase in Virginia’s cigarette tax would prevent more than 73,800 Virginia kids alive today from becoming smokers and prompt 45,500 adult smokers to quit, saving 35,600 Virginians from a premature, smoking-caused death.

“A significant tobacco tax increase combined with funding for tobacco prevention and cessation programs will deliver the maximum health and economic benefit for Virginia. These steps will prevent kids from starting to smoke, help smokers quit, save lives, and save taxpayers money by reducing smoking-caused health care costs,” said Cathleen Smith Grzesiek, senior director of government relations for the American Heart Association.

Del. Hope concluded, “We cannot afford doing business as usual. Cuts to Medicaid only result in higher costs down the road. The sick end up in the hospital and ERs for costly medical procedures and avoidable hospitalizations; and individuals with disabilities wind up in institutions rather than being served in their communities for a fraction of the cost. This proposal will take a significant step in preserving and protecting the Medicaid program for future generations and will fulfill a promise to Virginia’s families.”

Patrick A. Hope is a Member of the Virginia General Assembly as the Delegate from the 47th District representing part of Arlington County. He serves on the House Courts of Justice Committee and House Health, Welfare, and Institutions Committee.