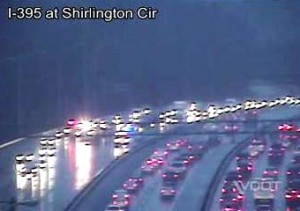 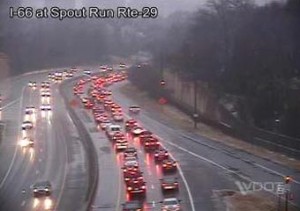 Highways leading out of the District of Columbia are thick with traffic as a steady rain starts to change over to a slippery mix of sleet and snow.

Southbound I-395 and westbound I-66 are both jammed.

Meanwhile, police and firefighters are on the scene of a two-vehicle collision on northbound I-395 just before Shirlington.

Update at 3:55 p.m. — Heavy congestion reported on Washington Boulevard from Clarendon to I-395.

Update at 4:15 p.m. — Firefighters are on the scene of a two-vehicle crash on Columbia Pike at South Frederick Street.

Update at 4:25 p.m. — Roads are quickly becoming snow-covered. Reports are coming in of cars becoming stuck on hills. 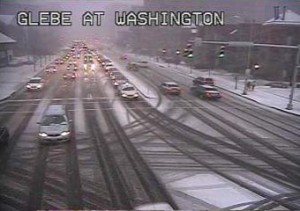 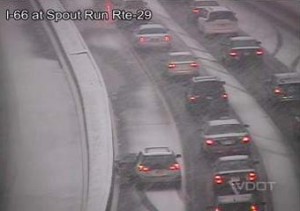