Police say a portion of the money was recovered thanks to a dye pack, which exploded as the men fled the scene.

Two suspects entered a BB&T bank in the 1900 block of Fort Myer Drive at approximately 1:45 p.m. on Wednesday, January 26, 2011. One suspect demanded money, while the other suspect displayed a handgun. Once the suspects received currency, they fled from the bank.

Both suspects were African American men of average height and weight, wearing all dark clothing. They also wore items covering their faces. Shortly after the robbery, a portion of money was recovered, and the red dye pack had apparently been set off.

Anyone who has information about this robbery or the identity of the suspects is asked to call the Arlington County Police Department Tip Line at 703 228-4242, or Detective Donald Fortunato at (703) 228-4197. 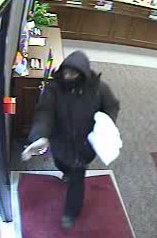 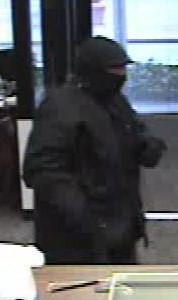