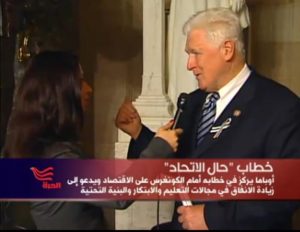 Rep. Jim Moran (D-Va.) is once again facing scrutiny for something he said.

“In this case a lot of people in this country, I believe, don’t want to be governed by an African American, particularly one who is inclusive, who is liberal, who wants to spend money on everyone and who wants to reach out to include everyone in our society,” Moran told an interviewer, as reported by the Washington Post.

Moran also made reference to “slaveholding states,” which would include his home state of Virginia.

Moran, of course, has a long history of sparking controversy with off-handed remarks. He faced criticism during his reelection campaign this fall when he said that Republican challenger, retired Army Colonel Patrick Murray, has not “served or performed… any kind of public service.”

END_OF_DOCUMENT_TOKEN_TO_BE_REPLACED

More Stories
Pizza Autentica Opens in Crystal CityPower Could Remain Out Until Saturday, For Some