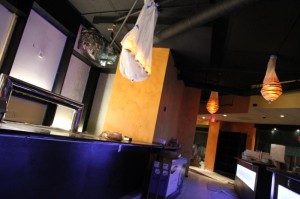 (Updated at 4:10 p.m.) Mad Rose Tavern, a new restaurant and watering hole coming soon to Clarendon, will be many things to many people.

It is a Modern American-style restaurant with Irish, Italian, French and Asian influences. It is a restaurant, bar and lounge that will have extensive outdoor seating. It is a place to get small plates and half bottles of wine, or hearty entrees and tall glasses of beer. What it is not, according to dining room manager Scott Arnold, is a place where only the wealthy will be able to enjoy the finer things in life.

“We’re going to be providing a high-end product at a moderate price,” Arnold said enthusiastically. “I want to give you the best freaking product out there, within reason, for the same price everybody else is charging for crap.”

The best example of Arnold’s luxury-for-the-masses concept is wine. He says the restaurant is going to great lengths to have the best wine available for any price. But the biggest difference will be with high-end wines. Instead of marking a wine that costs $100 wholesale up to $300, like many restaurants do, he said the Mad Rose price might be around $150. 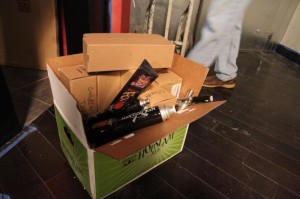 Arnold said his goal is to provide the absolute cheapest price for high-end wines — retail included.

“In-store or online, I will be cheaper,” he said.

With two fulls bars, drinks will be the main attraction at Mad Rose Tavern. The bar will feature 20 beers on tap, all of which will be artisan or craft brews, with the exception of Guinness. Miller Light, Amstel and other “mainstream” beers will only be available by the bottle.

Mad Rose will feature about 20 Irish whiskeys and 40 Scotches. The wine list will hover around 100 different wines, at least at first.

“It’s all about shock and awe,” enthused Arnold, adding that he would have stocked 200 wines had there been enough storage space at the restaurant’s prime 3100 Clarendon Boulevard location.

Alcoholic beverages won’t be the restaurant’s only focus, however.

Arnold said the restaurant’s coffee and tea will be “the best in the city.”

They will import Doka Estate coffee beans from Costa Rica and grind them in-house. Might Leaf tea, which is served at Ritz-Carlton hotels, will be served at a discounted price.

Oh, and the food and the service will be “kick ass,” as well.

“Why not do the best of the best, and just not charge so goddamn much for it?” Arnold asked with a big grin, contemplating the public’s reaction to his vision of culinary alchemy. “This restaurant is going to be packed.”

Management hopes to have Mad Rose Tavern open to the public by the end of next week, but with extensive interior renovations still underway we anticipate an opening later in the month. The restaurant is rumored to have cost owners nearly $1 million so far. 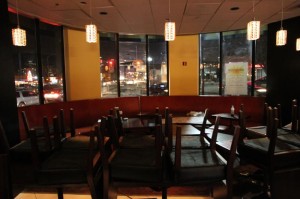 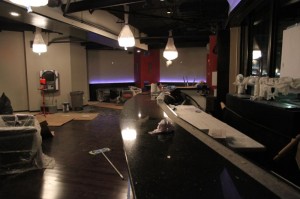