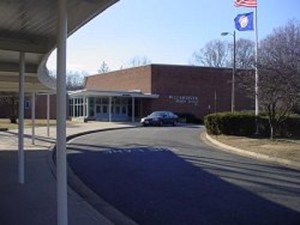 Update at 11:10 a.m. on 2/10/11 — APS has clarified that the scope of the “legal services” provided by the outside legal counsel has yet to be determined.

The brouhaha over the resignation of Williamsburg Middle School principal Kathy Francis continues.

Arlington Public Schools announced last night that it had approved the hiring of an outside legal counsel to review allegations made by Francis, who sent a lengthy resignation letter to parents last week. In the letter, Francis accused superintendent Dr. Patrick Murphy of “discrimination” and harassment.

Assistant Principal Dr. Eileen Wentzel will delay her move to another position in order to stay on at Williamsburg through the end of the school year, the school system said.

“I want to thank the Williamsburg staff for the work they have been doing with our children,” Dr. Murphy said in a statement. “I especially appreciate the leadership of this team, particularly during the past week. Finally, I am grateful for the added help of Ms. Tuccillo and Ms. Jackson.  I am confident that this team will work to ensure that the education and success of our students remain the primary focus for the school.”

The school will start the process of hiring a new principal “in the next several weeks.”

END_OF_DOCUMENT_TOKEN_TO_BE_REPLACED

More Stories
UPDATED: The Smell of Natural Gas in the MorningIs a Vegan Restaurant Coming to Shirlington?