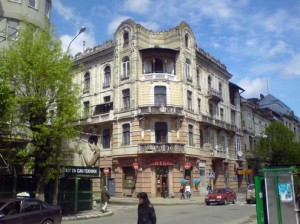 Arlington has a new sister city, and she’s eastern European.

On Friday, county board chairman Chris Zimmerman will be joined by Viktor Anushkevychus, mayor of the city of Ivano-Frankivsk, Ukraine, at a signing ceremony in Crystal City to make the familial relationship official. The signing will be part of the 55th annual Sister Cities International Conference, which Arlington is hosting this weekend.

Ivano-Frankivsk is a historic city located in southwestern Ukraine. It has an extensive public transportation network, an international airport, an “old town” district, six universities and an amusement park.

In addition, Ivano-Frankivsk is home to professional soccer, hockey, basketball and rugby teams. It has four stadiums and two arenas which it uses to host the teams and other athletic clubs.