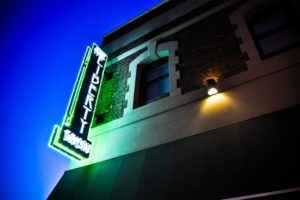 The 2011 RAMMY award finalists have been announced, but only two Arlington restaurants made the list.

In a fractional victory, Tiffany MacIsaac of Neighborhood Restaurant Group — which operates EatBar, Tallula and Rustico in Arlington, along with restaurants in the District and Alexandria — was nominated for Best Pastry Chef.

Five nominees were announced in each of 14 categories. Among the categories in which Arlington did not have a nominee were Best New Restaurant, Best Mixology/Beverage Program and Hottest Restaurant Bar Scene.

END_OF_DOCUMENT_TOKEN_TO_BE_REPLACED

More Stories
Morning NotesCava in Clarendon Shooting for May Opening