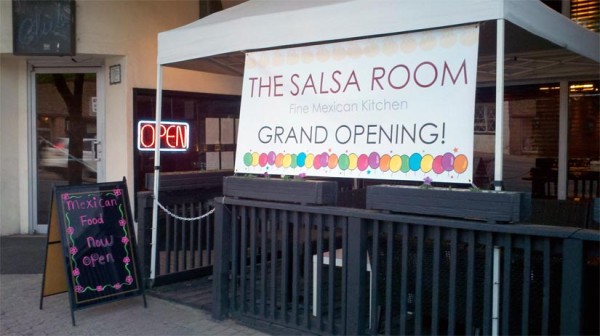 The Salsa Room Starts Serving Mexican Cuisine — Best known as a dance club, The Salsa Room (2619 Columbia Pike) has relaunched with a new food menu. Gone is the Bolivian food from the location’s days as Cecilia’s Restaurant. In its place are Mexican dishes like fajitas, chimichangas and fish tacos. A Sunday brunch menu will launch on June 5. Yesterday the restaurant offered a 50 percent off Groupon (the deal has since ended).

Samuel Beckett’s Sign Requests Denied — Mark Kirwan, owner of Samuel Beckett’s Irish Gastro Pub in Shirlington, is an outspoken critic of the county regulations, and it’s no wonder why. Kirwan has spent thousands on signs and county fees, only to have many of his sign requests denied. Among the rejections: branded table umbrellas, Celtic window graphics and a menu near the door. [Washington Examiner]

Stats on Juvenile Offenders in Arlington — Among the statistics revealed about juvenile justice in Arlington: one quarter of all juveniles placed in probation in Arlington is a student at Washington-Lee High School. [Connection Newspapers]