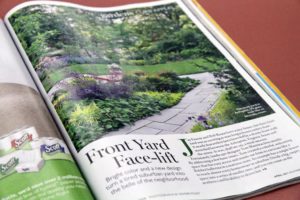 An Ashton Heights resident’s lush, well-designed front yard was just featured in Southern Living Magazine. And that resident happens to be none other than County Board member Jay Fisette.

The editors of Southern Living were so impressed by the transformation of Fisette’s yard from bland to beautiful that they featured it in a three-page spread in their April issue. Per the magazine’s folksy style, the language used in the article was — colorful.

“Jay Fisette and Bob Rosen have a nice house, but their front yard was as exciting as watching a frozen turkey thaw,” the article said. “A nearly featureless lawn bisected by a skinny front walk stretched between the Arlington, Virginia house and the street. It was, shall we say, a royal snoozer.” 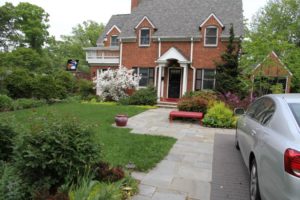 Luckily, Fisette was approached one day by a neighbor, landscape designer Tom Mannion, who wanted to help him spruce the yard up.

“By addressing a few basic issues, Tom created a colorful, welcoming space that has easy access and stands out from its environs like a Bolshoi ballerina in a mattress store,” said the article.

Among the changes made: A “parking court” just off the driveway, a wider front walk, and plenty of colorful plants.

Fisette said that he’s heard from about a dozen people who have stumbled upon the article (it’s not available on the internet) including his mother and Arlington County Sheriff Beth Arthur. While downplaying the significance of the publicity — Jay wouldn’t go so far as saying the article was “an honor” — he did say the article was an enjoyable experience for himself and Rosen.

“It was fun for us,” Fisette said. “We were impressed by the article ourselves.” 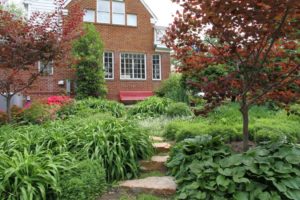 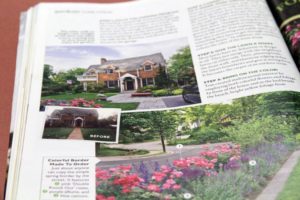