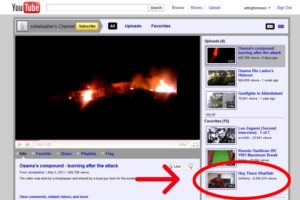 Sohaib Athar achieved worldwide fame for providing real-time Twitter updates during the raid — without knowing that it was a raid or that it was Osama bin Laden’s secret hide-out that was being raided. Munasifi, meanwhile, achieved region-wide fame for his music video ode to life in Arlington.

Despite the fact that Athar lives in Abbottabad, Pakistan and Munasifi lives in Clarendon, Remy’s comedy apparently crosses physical and cultural borders — his parody video “Hey There Khalilah” is one of Athar’s “favorites” on YouTube.