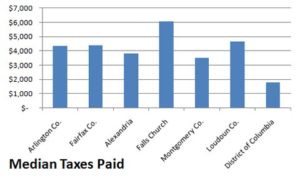 The average Arlington County homeowner paid $4,341 in annual property taxes between 2005 and 2009. That makes Arlington 39th on the list of highest median property taxes in the country, according to a new report by the Tax Foundation, a D.C.-based think tank. 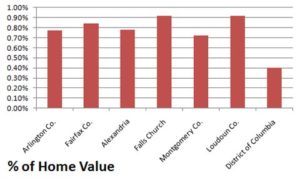 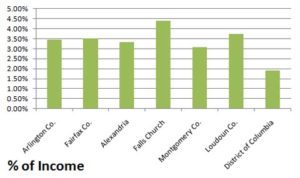 Arlington’s property tax rate has gone up since the years that the Tax Foundation studied, and now stands at 0.958 percent.

(Of note: Like Reason Magazine, the Tax Foundation has its own music video from ‘Arlington Rap’ guy Remy Munasifi.)