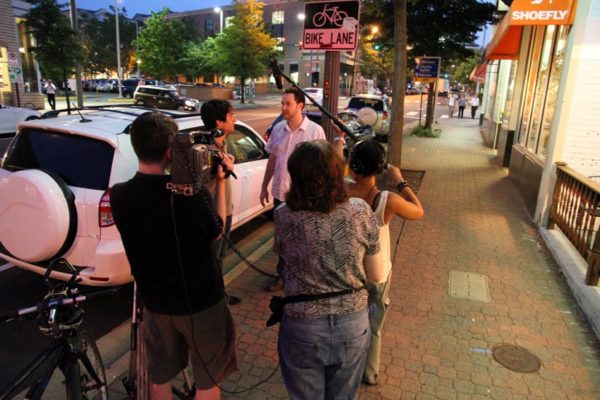 Panel Recommends Building New Schools — An Arlington Public Schools advisory council has come out with a report that recommends new construction to help ease the looming school capacity crisis. The panel recommends building one or two new elementary schools and adding capacity at two existing middle schools. In addition to the construction, they suggest adding as many as 40 classroom trailers. Questions linger as to whether the county has enough debt capacity to follow the building recommendations. [Sun Gazette]

Adopt-a-Cat Month at AWLA — The Animal Welfare League of Arlington (2650 South Arlington Mill Drive) has declared June to be Adopt-a-Cat Month. With the shelter — and other shelters like it —  inundated with homeless felines, AWLA is trying to find homes for its “Desperate Housecats” — cats that have been at the shelter more than four months. The adoption of such cats is free through the end of the month. [Animal Welfare League of Arlington]

‘Art Every Day’ at Artisphere — Artisphere (1101 Wilson Blvd) is unveiling two new murals to the public today. The words “Art Every Day” and “Live For Art,” designed by notable local artist Linda Hesh, will appear on two glass panes within Artisphere. The cultural center will also distribute “Art Every Day” decals to visitors, who are then in turn encouraged to photograph the decals in various locales and situations. “Art Every Day” will also appear on food court tabletops at the tourist-laden Pentagon City mall, which should give a boost to Artisphere’s promotional efforts. [TBD]