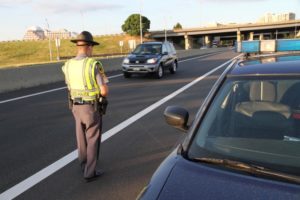 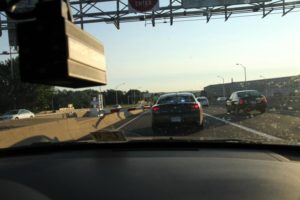 So far drivers on I-395 have been well-behaved — we’ve only seen two HOV violators in the past hour and a half.

That will likely change, we’re told, as the commute goes on. Typically, more drivers will try to test their luck near the end of the morning rush hour.

The most surprising observation so far? The number of hybrid and clean fuel vehicles on the road. Such vehicles, with clean special fuel license plates issued before July 1, 2006, are exempt from HOV rules on I-395 and I-95. Hybrid drivers, it seems, take full advantage of that exemption.