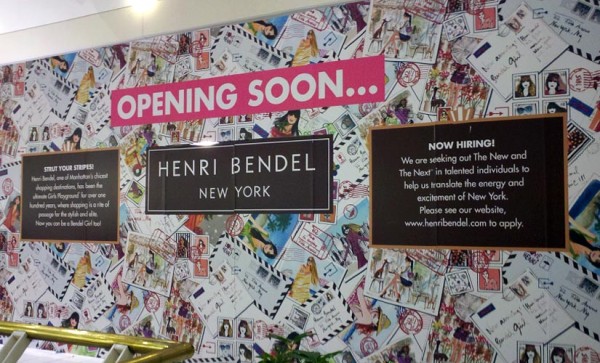 The company says it expects the Pentagon City store to open in September 2011. The store itself is located on the second level, next to Victoria’s Secret.