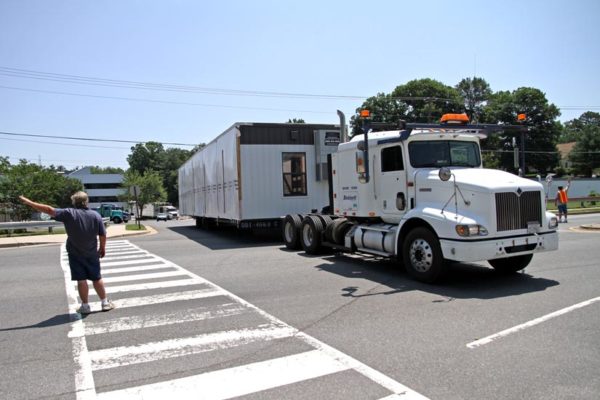 The trailers are being installed in a parking lot behind the Arlington Public Schools administration building. They will be used as classrooms for Washington-Lee students, starting this fall.

Crews removed trees from the parking lot yesterday in preparation for the arrival of the classrooms. School spokesman Frank Bellavia said he the trees will be replanted elsewhere, with the assistance of the Arlington County arborist.

Hat tips to J.P. and @reidjoshua