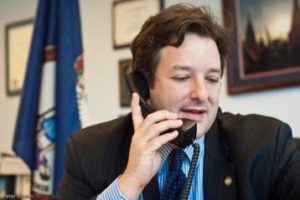 Alfonso Lopez, Democratic candidate for the House of Delegates 49th District, has picked up the endorsement of the Virginia League of Conservation Voters, which advocates for environmental issues.

“We need leaders in Richmond who are prepared to champion the environment and will be strong advocates for Virginia values,” Lisa Guthrie, the League’s executive director, said in a statement. “In the 49th District, one candidate is clearly prepared to be a champion for Virginia’s environment. Alfonso will fight for our priorities.”

Lopez said he was “honored to receive the endorsement.”

Last week Lopez’s primary opponent, Stephanie Clifford, reported raising $7,825 in cash from April 1 to June 30. After a $9,000 personal loan from Clifford, the campaign had $5,650 cash on hand.

Lopez reported raising $24,930 in cash during the same period, heading into the final stretch of the primary with $20,965 cash on hand. On Aug. 23, voters will decide which candidate moves on to the general election.