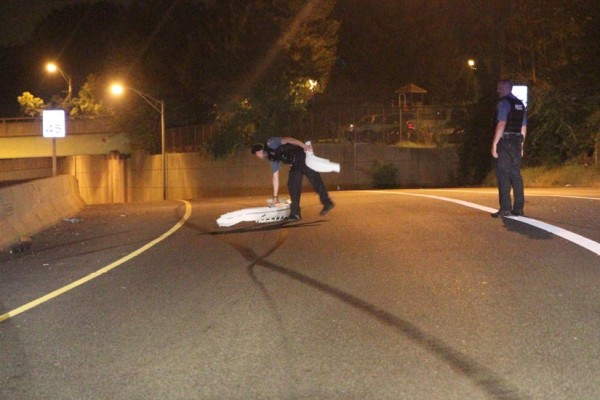 Car Doesn’t Let Accident Slow it Down — A single-vehicle accident occurred last night around 2:00 a.m. near the merge from Rosslyn to Route 110. A Ford Crown Victoria slammed into a concrete barrier, losing its front bumper and license plate in the process. Incredibly, despite the airbags deploying, the driver — and his passengers — decided to keep going. Police eventually caught up with them at the King Street exit of I-395.

Rosslyn Outdoor Movie Canceled — Tonight’s scheduled screening of “Austin Powers: International Man of Mystery” in Rosslyn has been canceled due to the extreme heat.

The ‘Best of Arlington’ — Do you agree with this list of the best restaurants and food in Arlington? [Clarendon Culture]

Favola Fires Back at Areizaga-Soto Criticism — Following the accusation that she violated Arlington County’s Code of Ethics by accepting a $2,500 donation from a towing company owner five days before a County Board vote on towing fees, state Senate candidate Barbara Favola’s campaign is firing back at her Democratic primary opponent. “Jaime [Areizaga-Soto] just keeps exaggerating,” her campaign manager said. “Ms. Favola’s vote is not and never has been for sale. Everyone knows where Barbara gets her campaign contributions because it’s posted on-line, but Jaime has yet to come clean about where he made the money he is using to fund his campaign.”