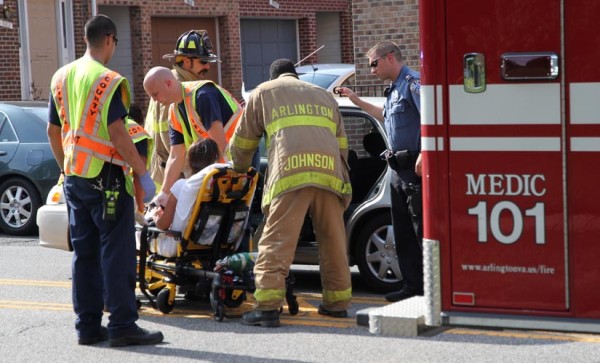 Rush Hour Accident on the Pike — A two-car accident on Columbia Pike, between S. Scott Street and S. Rolfe Street, caused some minor delays during last night’s rush hour. One woman, whose car was rear-ended, was brought to the hospital for reported back pain.

Arlington Defends Streetcar Project — In response to a Washington Post editorial that suggested the Columbia Pike/Crystal City streetcar project should be delayed, Arlington County has sent reporters a link to an explanation of why it’s planning to build the more than $140 million streetcar line. The county has also pushed back on the Post’s suggestion that streetcar funds could be redirected to add capacity to public schools — insisting that the funds come from a tax that can only be used for transportation projects. [Arlington County]

Centenarian Recalls Old Arlington — Martha Ann Miller, who turns 100 on Aug. 6, recounts the changes that have taken place in Arlington over the 74 years she has lived her. [Sun Gazette]