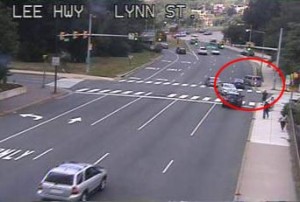 Another cyclist has been struck at the intersection of Lee Highway and N. Lynn Street, in Rosslyn.

The cyclist was struck by a vehicle on Lynn Street, just past Lee Highway approaching the Key Bridge, around 3:30 p.m. Only minor injuries were reported, but initial reports suggest the cyclist is going to be brought to a hospital.

This is the second reported bicyclist accident at the intersection in three days. Arlington County is the early stages of designing and implementing safety improvements at the intersection. The project is not expected to be complete until 2014.