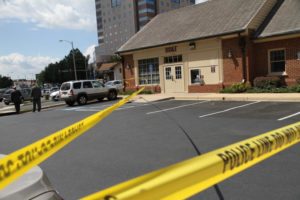 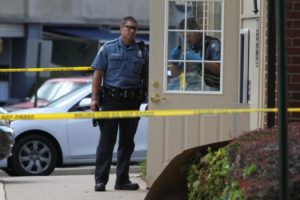 (Updated at 3:35 p.m.) Police are investigating yet another bank robbery in Arlington.

The BB&T Bank branch at 3001 N. Washington Blvd in Clarendon was robbed this afternoon by a man described as an older white male. The suspect fled on foot after the robbery.

The man is thought to be the same serial bank robber who’s suspected in four other bank robberies in Arlington this summer, including a robbery of the same Clarendon BB&T bank branch in June.

This is the eighth bank robbery in Arlington this summer. The last robbery happened on Aug. 9 on Lee Highway.

Update on 8/17/11 — See surveillance images of the suspect here.