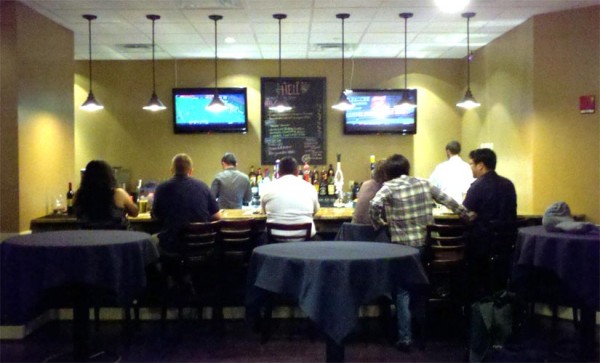 With no formal announcement to speak of, save a modest “now open” sign outside the door, restauranteur Michael Landrum opened his latest “Ray’s” restaurant in Rosslyn last night.

“Ray’s to the Third” (1650 Wilson Blvd) is, at first blush, a casual-ified version of Ray’s the Steaks, with a bar. The menu, which is still being worked on, consisted primarily of steak and seafood items from Ray’s the Steaks (2300 Wilson Blvd) at a slightly lower price point. (The familiar Ray’s steak dishes are now all served as steak frites.)

There was a small but relatively inexpensive beer and wine selection. A glass of the house red was only $4, as was a bottle of the Hofbrau Oktoberfest, but it’s not clear if that’s a permanent price. The bar area included two flat screen TVs, a couple of beers on draft, a liquor selection and seating for about eight people. A couple of chairless tables were placed behind the bar.

So far, it appears that Ray’s³ (referred to as “Hell³” at the bar) is an attempt to simplify and, at the same time, add to the existing Ray’s the Steaks formula. The simple brown-and-beige decor and the fact that virtually every entree — including every steak — comes with fries and a salad is  part of the “simplify” plan. The bar and the slightly reduced prices can be seen as an attempt to make Ray’s³ into a bit more of an everyday neighborhood hangout — an “add.” What’s not apparent is what exactly will come next.

Staff hinted last night that more changes are coming. There will be additions to the menu including, perhaps, some “bar food.” There will also be milkshakes. The intrepid souls who sat down for a meal (the restaurant still lacks a permanent sign) were treated to a free sample of a very thick, rich banana nut milkshake. Alcoholic milkshakes, like White Russians, were also said to be in the works.

Last night was described as a “very soft opening,” although you wouldn’t know it from the virtually flawless food preparation and attentive service. Landrum and managers wandered the restaurant at times, asking the 15-20 customers who filled up less than half the tables about their meals. A couple of interesting appetizers were on the menu but were not being served. Deviled eggs, a cheese platter and a $10.99 dish simply described as applewood-smoked bacon — nothing more — were all unavailable.

Ray’s³ will no doubt be a welcome addition to the Rosslyn dining scene, although the location is a bit of a no man’s land. Located a block down from the two existing Ray’s Hell Burger locations, and on the same block as BBQ joint Red, Hot and Blue, it’s not clear if the new Ray’s will attract the same kind of crowds as the more Metro-accessible Ray’s the Steaks or the parking lot-equipped Ray’s Hell Burgers. But it should be fun to see what Landrum has up his sleeves in the next couple of weeks. 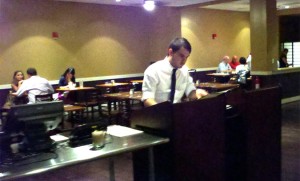 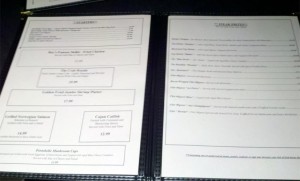 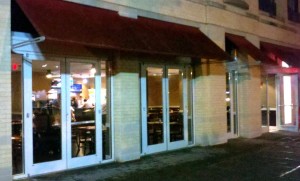 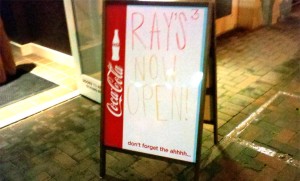