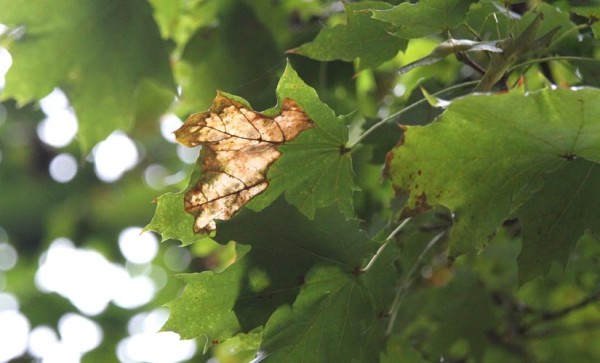 First Day of Fall, Flash Flood Watch — Today is officially the first day of fall, but it’s not going to feel like it. A storm system bringing tropical moisture to the area will provide warm temperatures and heavy rains that may produce flash flooding. [Capital Weather Gang]

Reminder: DUI Checkpoint Tonight — As part of a national DUI crackdown, Arlington County Police will be conducting a sobriety checkpoint somewhere in the county tonight.

What If Arlington Was Part of D.C.? — The Washington City Paper wonders aloud: What would the District look like had Arlington and Alexandria not been retroceded back to Virginia? The move, which would place part of North Arlington in Northwest D.C. and the rest in Southwest D.C., would add 252,000 registered voters, 56 public and charter schools, and 44 Starbucks locations to the District. [Washington City Paper]

Fisette to Be Honored for HIV Outreach — County Board member Jay Fisette will be honored by the Northern Virginia AIDS Ministry as its 2011 Honoree at the organization’s Red Ribbon Gala next month. “NOVAM is proud to honor a well-known community leader who is a strong community advocate for HIV prevention and care for nearly 25 years,” the group said. [Northern Virginia AIDS Ministry]

ACFD Captain Retiring — Arlington County Fire Department Captain Ed Hannon is retiring after 28 years. As he was recounting his years of experience during a TV interview, Hannon’s colleagues decided to pull a prank: they sneaked up from behind and smeared his face with whipped cream as cameras rolled. [MyFoxDC]